Some visitors to this website may not know about my first trilogy, The Flying Ponies, so I thought I would do a quick post. This is the back cover copy for Lift, the first book in the trilogy:

For sixteen-year-old Charlotte Flynn, moving into the heart of the Michigan woods with her family is the biggest adventure she’s ever had. A self-proclaimed geek girl with a penchant for Sherlock Holmes, she wonders if she’ll ever have an exciting quest of her own.

But when she discovers an antique carousel tucked into the woods near her new home, her life soon spins out of control. For the ponies are so much more than their faded paint portrays. Filled with primal magic, the ponies are alive, and they have been waiting for her for a long time.

With the help of a young carousel caretaker named Black, Charlotte soon discovers that the Flying Ponies are in danger from others who want to possess them and their magic. Drawn into a battle for the carousel and ultimately the entire world while navigating her first true romance, Charlotte may have more adventure than she ever bargained for . . .

The Flying Ponies are available on Amazon, as both trade paperbacks and e-books.

I realize it’s been some time since I’ve updated my website. My newest book, Clandestine, is set to release soon. It is the first book in The Traitors War series. This is the back cover copy for Clandestine:

Twenty and some years ago, on the continent of Pentallia, the Proper kingdoms waged war on the Illumini ones, destroying their monarchies and ruining their lands. Illumination – magic- was to no longer be tolerated.

Now, an underground Illumini movement sweeps across Pentallia    as discontent and discord fracture relationships between the Proper rulers.

With their families and kingdoms in danger, and a new threat converging on Pentallia from over the sea to the west, a group of young people will have to forge their own paths and claim their destinies while war gears up around them.

With traitors in their midst, who will they trust?

I’m excited to share this new story with you all. I’ve included a map of Pentallia in this post to give you an idea of what that continent looks like. Stay tuned for more information on The Traitors War.

I know I haven’t posted here in quite some time, and I need to do better with that. I’ll fill you in on my issues with the second edition of Lift, the first novel in my Flying Ponies trilogy.

I ordered some second editions for an author event that I ended up cancelling out of due to family visiting from out-of-state. The first issue I noticed is that the manuscript is actually the first one from my ARCs, and not the one we used for the first edition. So there are some extra scenes in the second edition that shouldn’t be in there.

The second issue is that some chapter headings are not right. Those will need to be fixed now too.

I’m not sure what to do with the copies I have; I don’t know as Amazon will replace them, and I don’t really want to sell them. Once the issues are fixed, I will order more copies for my event in New Era, Michigan, in September.

The third book in the trilogy, Spin, has been pushed back to at least spring of 2020, instead of this December. This is due to my publisher being busy and some lack of funds. I’m hoping for late April or May at this point.

This pushes the first novel in my YA fantasy series, the Traitors’ War, back to probably June/July of 2021. I am planning to put the first chapter of Clandestine in the back of Spin so readers get a chance to see what the new series will be about.

I plan to keep this website updated more frequently, so please check back for more news and/or ramblings about writing.

Tilt, book two in The Flying Ponies trilogy, is releasing on Saturday, March 2, 2019. I am having a book launch party at the Shelby Area District Library (where I work) on March 2, from 4-6 pm. Both Tilt and Lift, book one in the trilogy, will be available to buy. I will also sign the books.

Here is the back cover copy for Tilt:

Charlotte Flynn is on a mission.
Betrayed by both Penumbra and her Uncle Baron, Charlotte is seeking the missing Flying Ponies in the hopes of uniting them against their wayward leader. Joined by Dreadful, a crazy cavalry horse; Black, her new boyfriend; and her family and friends, she plans to find the missing carousel horses before Penumbra and Baron do.

But the hunt won’t be easy. An old friend of Black’s shows up, with intentions that might not be as honorable as she says. The Tyranny holds some of the Flying Ponies in their possession – and they’re not giving them up. Penumbra, determined to have all the carousel horses to himself, will stop at nothing to defeat Charlotte and Dreadful.

And if that isn’t enough, Charlotte discovers she, like her traitorous uncle, has magic flowing through her. Determined to bring the Flying Ponies back together no matter the cost, the sixteen-year-old may end up paying the ultimate price.

I look forward to seeing everyone! If you have any questions about the books, characters, the Flying Ponies, or writing in general, please feel free to ask them. I love talking about writing! 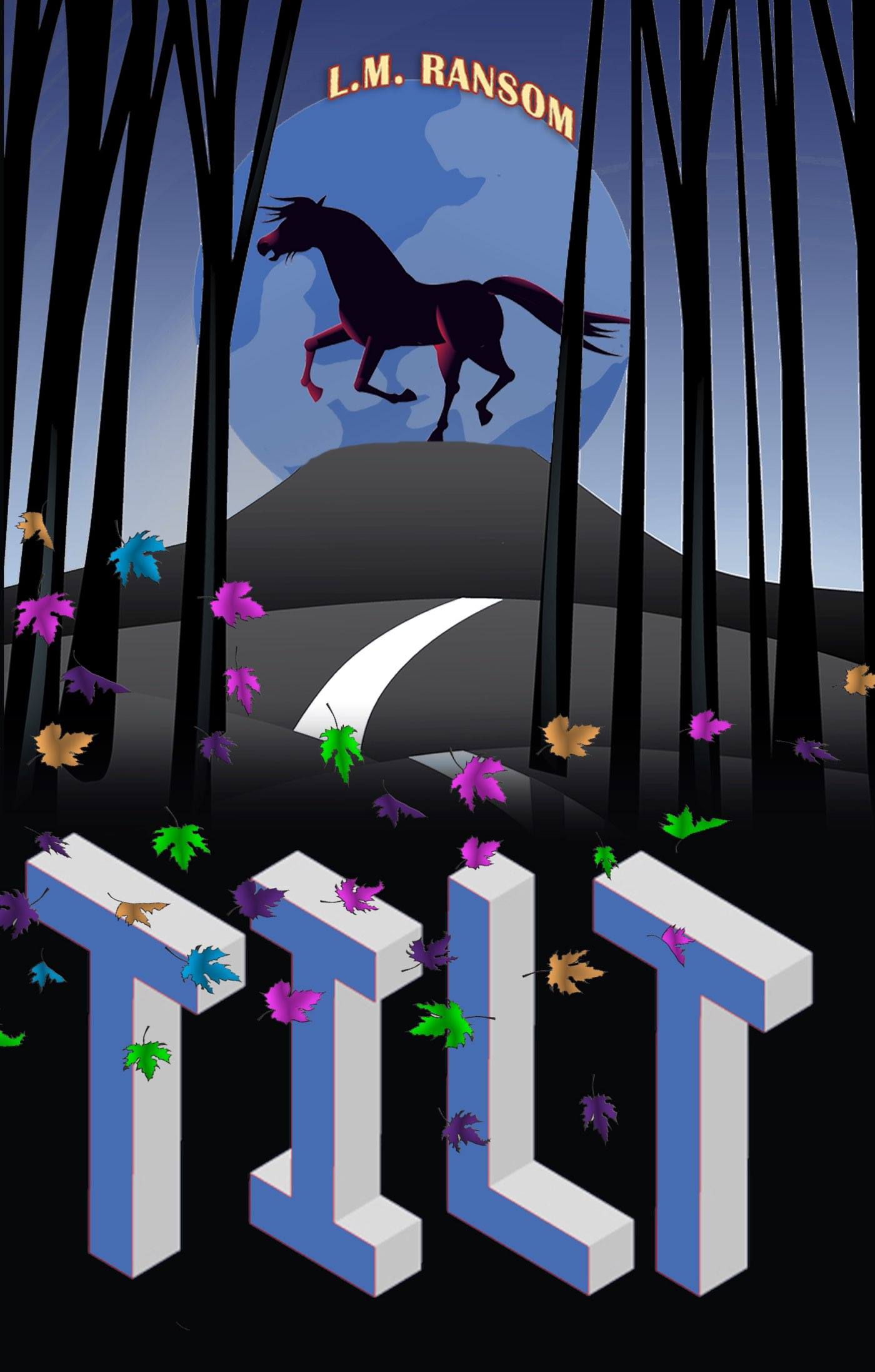